Check This out : Kanye West is apparently team socks and sandals 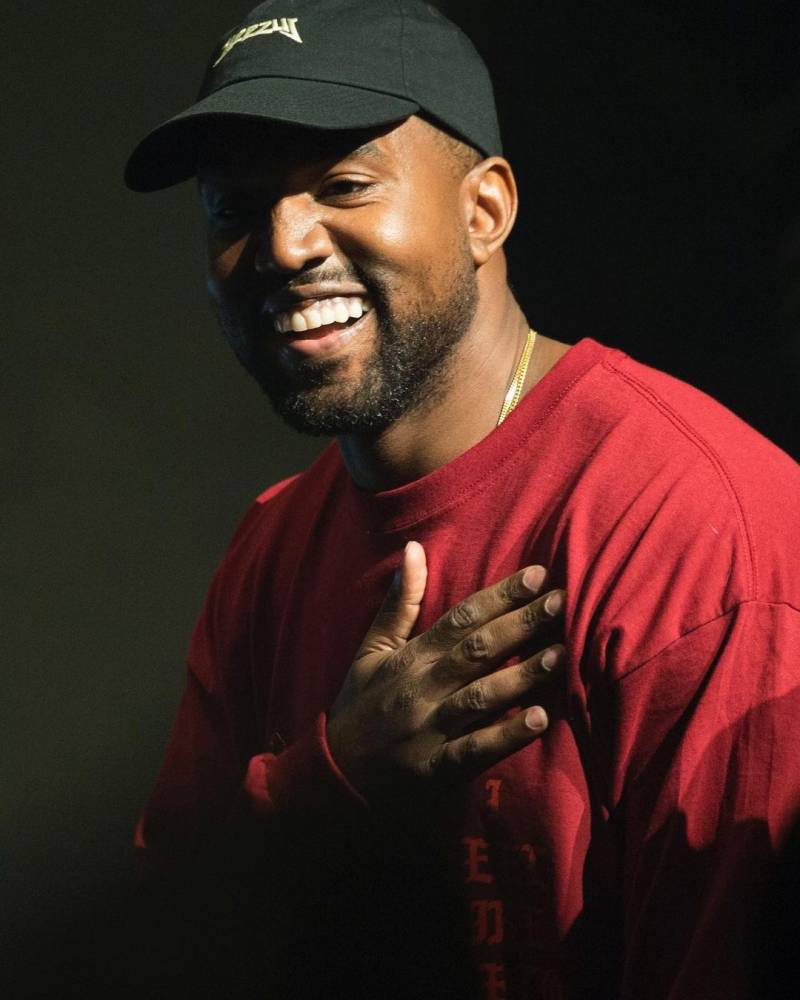 Fashion forward to some, and a faux pas to others, wearing socks with sandals has been a sartorial boundary that many celebrities have transgressed. Recently, models Kaia Gerber and Kendall Jenner were spotted owning the look running errands last year, while earlier this summer, Bella Hadid was seen wearing a pair of preppy white ankle socks and black strappy sandals while in New York City. But Ye, formerly known as Kanye West, took it to the next level — with a louder take — wearing a pair of black socks with bejeweled flip-flops when he attended Burberry's rescheduled London Fashion Week show on Monday.

Ye's diamanté-encrusted flip-flops appear to be a pre-release from Burberry's Spring-Summer 2023 collection, the last to be overseen by outgoing chief creative officer Riccardo Tisci. Inspired by the community spirit of the British seaside, all of the label's latest runway looks — even the black velvet evening gowns — include a pair of color-matched flip-flops. Needless to say, the look proved divisive online. "Kanye I love you but socks with flip flops is not it... ever," wrote one Twitter user. Another added: "I don't care how much the flip flop cost, that a hell no for me." But others, including self-professed sandal-and-sock wearers, said they felt seen. "Yessss Kanye plzz make sandals with socks cool so i can stop being persecuted," read one Twitter comment. "I was doing this way before Kanye tho," went another. "I got receipts."

Of course, Ye is no stranger to unconventional footwear. Through offerings like the Yeezy Slides and the now-iconic webbed Foam Runner range, the artist has used his partnership with Adidas to push the limits of shoe design. In 2020, the Yeezy Boost 350 was the second most traded sneaker on resale platform Stock X, beating Nike's Air Force 1.

But his fashion risks don't always pay off. In August, Yeezy's collaboration with the Gap sparked criticism after Ye allegedly instructed stores to display the new collection in containers resembling giant trash bags. "I love Kanye," one Twitter user wrote at the time, "but couldn't imagine paying $200 for basic clothes out of a bag on the floor." In an interview with Fox News, Ye defended the displays stating he was an "innovator," who does not "apologize for his ideas."

Beyond his own red carpet moments, including wearing head-to-toe Dickies workwear to the 2019 Met Gala, Ye's eclectic style often spills over into the wardrobe of his romantic partners. On an episode of Hulu's reality TV series "The Kardashians," his ex-wife Kim Kardashian said, "Kanye has always dressed me, he's always styled me." Earlier this year, his former love interest Julia Fox told Interview Magazine that, on one of their dates, Ye filled an entire hotel suite with clothes.

Whether it's the face-covering "Donda" ski mask he wore to Paris Fashion Week last year or his bedazzled Burberry socks-and-sandals, Ye's outfits are undeniably conversation starters. While some might label him a dangerous dresser, this latest example is — in terms of fall fashion, at least — quite practical.