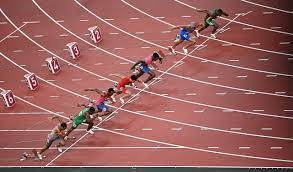 The president of the Athletics Federation of Nigeria (AFN), Tonobok Okowa, stated last week that the federation is using the competition in Cali to unearth the next set of future stars to represent the country at future global championships and Games.

At the last edition of the championship in Nairobi, Kenya, Team Nigeria recorded an unprecedented feat of four gold medals. Some of the athletes, who flew Nigeria’s flag in Nairobi have grown to become top stars, some of whom are competing at the ongoing Commonwealth Games in Birmingham, England.

The 2022 World U-20 Athletics Championships began on Monday in Colombia, with Nigeria’s Tima Godbless running a Personal Best of 11.09seconds in her 100 metres heat on her way to the final.

The Guardian learnt yesterday that the arrival of the triple jumper, Damilare and 400meters star, Onwuka, sparked jubilation in Nigeri’a camp on Wednesday.

While Onwuka was in action in the 400meters yesterday evening, Damilare will begin the triple jump contest today.