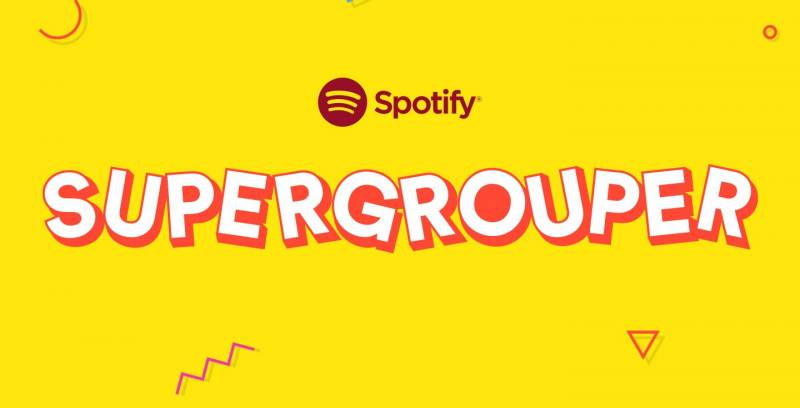 Spotify announced today that it’s launching a new “Supergrouper” in-app feature that lets you create a supergroup consisting of up to five artists. After you create and name your group, Spotify will curate a playlist of songs from the artists you selected. You’ll also get a custom card that will let you share your supergroup on social media.

Although Spotify says the feature will let you imagine your favorite artists collaborating with each other, it’s worth noting that the new in-app experience won’t actually mash up content from different artists. Instead, the feature is a fun way to get a personalized playlist of your favorite artists while also sharing your idea of a supergroup with your friends and with others on social media.

To access the feature, you need to first make sure your Spotify app is up-to-date. Then, you need to visit https://spotify.com/supergrouper on your phone. Once you’ve logged in with your account, you can start selecting the artists you want in your band. If you’re stuck, Spotify can select random artists for you based on your listening habits. The feature will then create a personalized playlist for you that features music from the artists you added in your supergroup. You’ll also get a custom card that you can share with others.

“Look at your playlists and liked songs on Spotify; you’ll probably notice that the artists you listen to don’t fit into one genre or era,” Spotify said in a blog post. “Maybe they come from different parts of the world, maybe some have passed on, or maybe they just haven’t had a reason to come together—yet. Supergrouper gives you the power to bring together your dream band of artists and share your creative combinations with friends and fellow fans.”

The Supergrouper feature is now available in the United States, the United Kingdom, Australia, New Zealand and the Philippines. It’s unknown when or if the feature will roll out to more countries.

The new feature is on par with Spotify’s focus on personalization features to give it an advantage over streaming rivals. Playlists customized to the individual listener, such as Spotify’s flagship Discover Weekly playlist, have helped the company attract and retain users. The new Supergrouper feature is a new way for Spotify to create personalized playlists for users while also getting them to share their ideas of a dream band on social media using its custom cards.