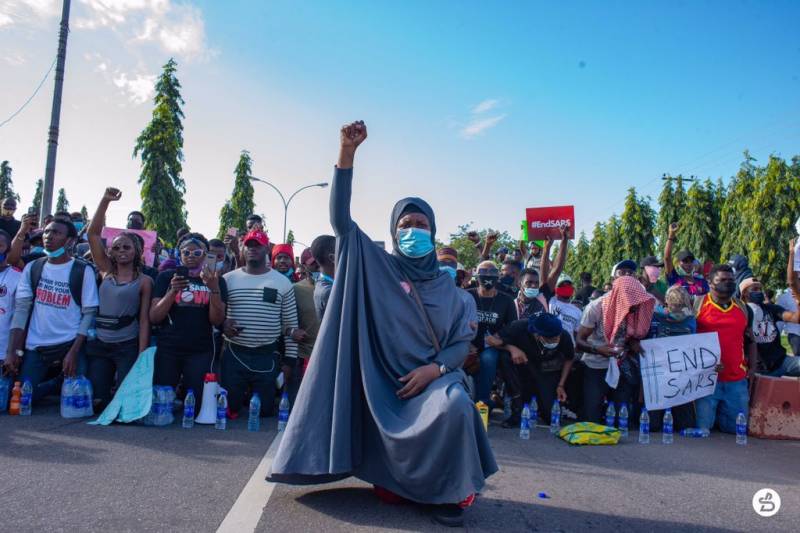 The Nigerian Government has announced that 75 more victims who petitioned following the EndSARS protests, will receive a compensation of N289 million by the end of the month.

This follows the Independent Investigative Panel (IIP-SARS) set up by the Nigerian Human Rights Commission after the protests.

The petitions covered cases of police brutality toward Nigerians which led to a 2-week protes which ended with the Lekki Massacre at the Lekki Toll Gate on the 20th of October 2020.

Read Also: 'It Started From Nothing.' Black NFT Artists on Inheriting the Legacy of Hip-Hop and Jazz

What the FG is saying
The FG disclosed that following the EndSARS protests, “the Independent Investigative Panel (IIP-SARS) set up by Nigerian Human Rights Commission, received 279 petitions from 29 States.

“Upon conclusion of deliberations the Nigerian Government, a compensation of over N146 million to 26 petitioners in Dec 2021 was made”.

They also added that another batch of 75 petitioners (who petitioned following the 2020 anti-SARS protests) will be paid N289 million in awarded compensation at the end of August 2022.